At World Kanreikai Karate, our ranking system is based on the color of the belt. Every belt (or tip) promotion comes as the result of the student’s hard work and improvement.

We have established specific requirements (basic techniques, kata, fights) to reach each belt (or tip) level. These requirements are in use at all World Kanreikai Karate schools.

In our ranking system, the rank (kyu) of a student is illustrated by the color of the belt (or tip) he wears. By earning every rank, the student progressively improves his physical performance as well as his concentration and self-confidence.

At first, new students wear a white belt. This belt illustrates their desire to learn and improve themselves through karate. At this stage, their main concern is to establish a regular training schedule and comply with rules of conduct at the dojo. They can thereafter learn the basics of karate gradually, day by day.

Each rank within the ranking system must be earned through hard work and discipline. Periodically, the instructors select the students who are ready to advance in rank. It is important to emphasize that having reached a higher rank does not solely reflect progress in terms of physical achievement, it also means that these students have an increased responsibility to improve and set an example for their peers.

Within World Kanreikai Karate we use the following equivalence system (below) between the ranks (kyu) and the colors of our belts and tips. The kyu system provides equivalences between various color ranking systems used by different karate organizations and federations. 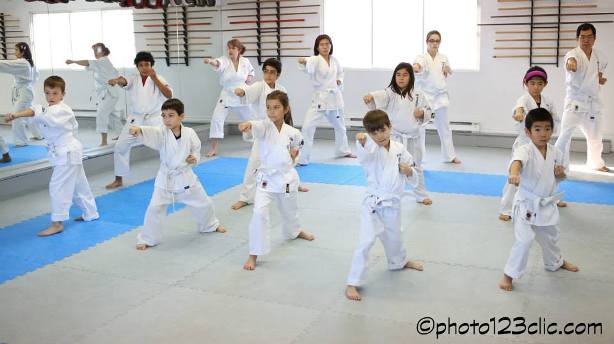 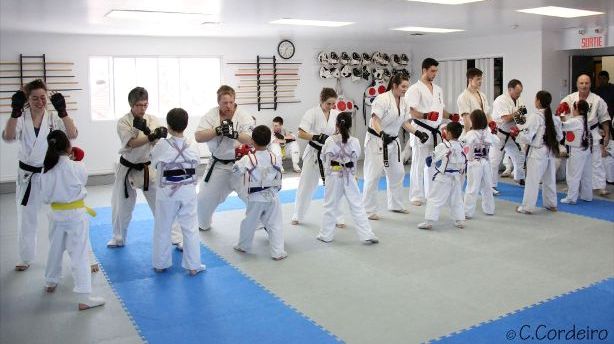 Requirements to reach each belt (and tip) level are pre-established for all World Kanreikai Karate schools. In order to be invited to a promotion test, a student must work hard and always do his best during trainings. He must also master the required techniques and kata and be ready to do the fights needed for the level in question.

Note that these requirements correspond to the normal evolution of a student through years of training. We believe that, through time, hard work and determination, every Kanreikai student will progressively acquire the skills and stamina to fulfill these requirements. It is important to work steadily, one level at a time, to grow into an accomplished karateka.

We designed a pamphlet that summarizes the requirements for each promotion test a student must take to advance from White to Orange Belt. You can get this pamphlet at your Kanreikai school or use the link below to have a look at the requirements for a particular rank or print your own pamphlet.

We have a second pamphlet that summarizes technical requirements for each promotion test a student must take to advance from Green Tip to 1st dan Black Belt. You can get this pamphlet at your Kanreikai dojo or use the link below to have a look at the requirements for a particular rank or print your own pamphlet.

It is widely acknowledged by Black Belt karatekas around the world that their journey as martial artists has begun only after they had reached the Black Belt rank! Indeed, to become a 1st dan Black Belt is to humbly recognize that real learning is about to start. At World Kanreikai Karate, Black Belt karatekas are tested and promoted with regard to their physical and psychological abilities as well as their role as teachers, leaders and promoters within the organization. 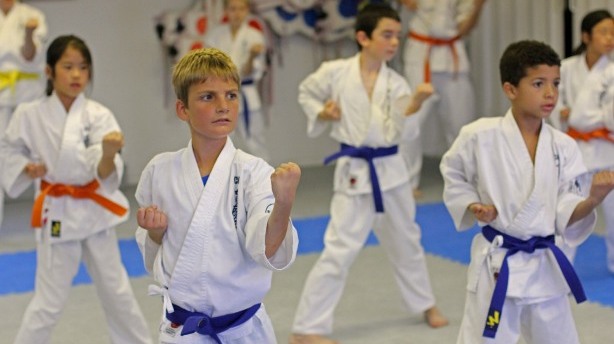 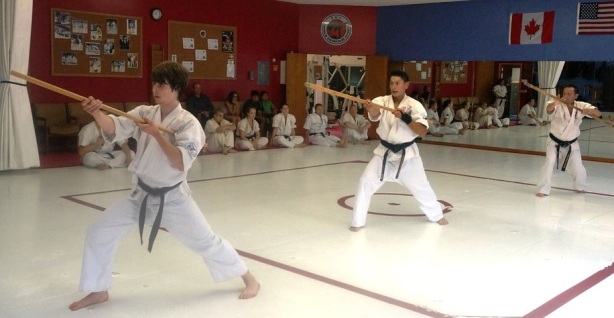